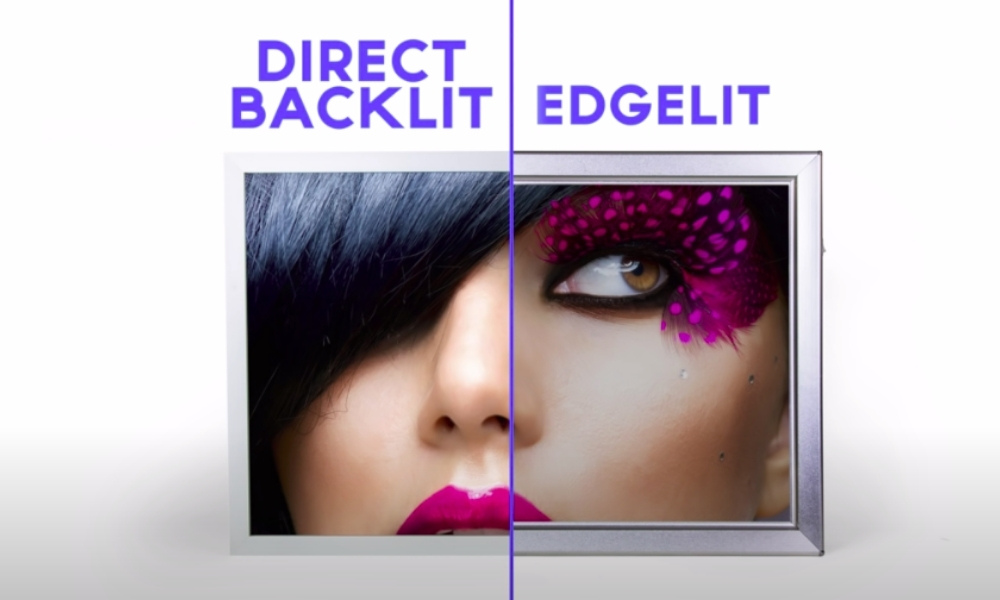 While reading through a TV specification you may occasionally have come across DLED or ELED written on it.

But what is the difference between edge led and direct led

What is LED Display

When we say LED TV

This LCD panel can be of two types – IPS and VA

Both refer to the arrangement of LED bulbs

The entire screen is covered with LED bulbs.

Several stips containing LEDs are placed in rows to cover the entire screen.

In the early days, when LED technology was new and the old LCD technology using CCFL backlighting were vanishing

Local dimming – The entire screen is divided into several zones of light. These zones can go dim or bright separately making a portion of the screen darker. This enhances the contrast ratio and thus increasing picture quality

When DLED uses the local dimming technique it is then called as fullarray.

Better Black Uniformity – As the LEDs are spread across the entire display, the brightness levels produced are uniform and so is the blackness.

Better Contrast Ratio – The results of Local Dimming with DLED is better. The zones are smaller and so higher levels of black can be produced in smaller zones increasing the overall picture quality.

High Peak Brightness Levels – As the number of LED bulbs used are more in number and spread across the entire display. It can produce higher levels of light brightness

Higher Power Consumption – Each LED bulb consumes some power. With a high number of LED bulbs used to cover the entire screen, all these bulbs sum up to higher power consumption.

Bulkier Form Factor – Due to the use of a higher number of LED bulbs, the display is thicker and bulkier.

Costlier – Higher number of LED bulbs add up to the higher cost of the display.

In this type of arrangement, the LED bulbs are placed on the edge of the display.

Strips of LEDs are placed either on all four edges, or two opposite edges of the display.

Earlier it was the more common type of LED backlighting present in TVs or Monitors with DLED being uncommon.

They are still used commonly in budget-friendly TVs.

Earlier, Local dimming was only used with ELED, though it was not as efficient as in fullarray

Note – Some people confuse DLED or ELED with OLED. OLED is different from the LED display.

Very Thin Frame – The LED bulbs being used at the sides of the display makes the screen frame free of space and thus leading to reduced panel thickness.

Cheaper – ELED TV or monitors are cheaper than DLED.

Screen Bleeding – This mostly occurs in ELED lit displays where the corners or the edges are way brighter than the overall screen.

Local Dimming results are not the best – Local dimming can be achieved in ELED displays. However, the zones are bigger and the result is not the best as LED bulbs are being placed at the corners.

How to differentiate both ?

ELED TVs are very thin while DLED will be bulkier.

Just look from the side and the one whose thickness is similar to that of a paper will be ELED.

The picture quality is not only limited to the type of LED panel used.

It depends more on the LCD panel used.

However, if we forget about the LCD panel for a moment.

Then your buying decision will depend on your budget.

With a lower budget, you can go with a display with edge-lit backlighting.

These are also good

And looks stunning with its thin display