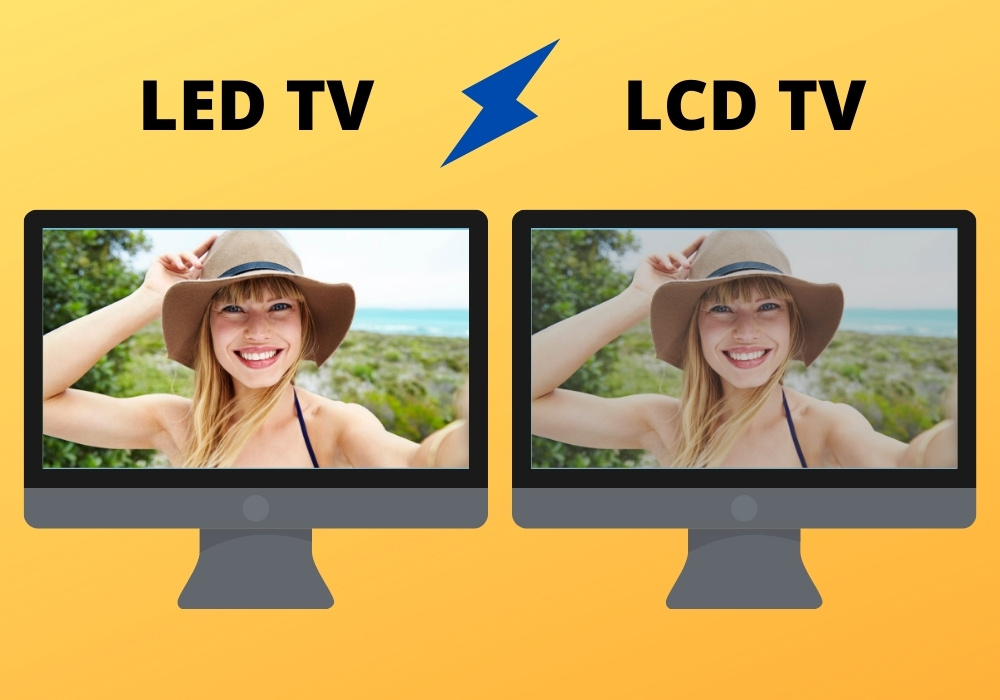 When we think of choosing a TV for ourselves. We stumble and confuse upon LED and LCD TVs.

But this does not stop here, with the advancement in technology now we have OLED TV, QLED TV.

But wait wait, already LED and LCD have confused us and then these extra terms, so let us stick to our topic of LED vs LCD alone and forget about OLED, QLED, etc.

In this article, we will better understand the difference between LED and LCD

LCD or LCD panel is used as a screen on various types of devices like a phone, TV, or monitor.

LED is just a simple light source that can produce colors like red, green, or blue. It can be used as a light bulb in your home

A LED TV is the upgraded version of LCD TV.

How does LCD or LED TV work?

Now the actual working is a little more complicated than the example given here.

But for the time being.

Imagine two flat surfaces one after another.

The front surface is an LCD panel or a screen having tons of liquid crystals on it.

The several blocks of crystals present on the first surface either block the light or allow it to pass through. This results in an image formed on the screen.

The use of fluorescent light is old technology while using LED light is better in many ways and you will find almost all TVs with LED lighting.

Let’s look into the advantages LED TV has over LCD TV or LED lighting over fluorescent lighting.

From this, we can clearly say that LED TV is far better than LCD TV

Which one to Buy

Well, LCD TVs are discontinued and you will not find any LCD TV in the market.

All the TVs available are LED TVs or the higher variations OLED, QLED, AMOLED.

So you have no choice to choose from. Buy any TV as all are LED TV.

Instead, you have to choose upon other factors like

This was all about the difference between both TVs

If you still have any queries left. You may ask your question below

I will try to help you